What up, Gangstas? As you know I built a greenhouse, built some raised beds in it, and then planted them. Boom.  So, I figured I’d post an update as to what’s been going down since then.

Building happened last fall, and planting occurred in March. I’m in zone 6, so winters are relatively harsh and the growing season is short.  I took a chance when I sowed seeds in the greenhouse in early March considering our frost date is mid May. I planted cold season crops, like lettuces, carrots, snap peas, and broccoli, to name a few. I figured I’d be able to extend my growing season by, at best, a month.  What I didn’t expect was that all the seeds would sprout and that, come late April, I’d already have an abundance.

The plan is to grow cold season crops until he greenhouse got too hot, then plant some peppers and tomatoes, and then go back to the cold season crops for another round in the fall. But there’s that saying about mice and men…you remember how it goes.

Though the snap peas haven’t flowered yet, the bibb lettuce is killing it, and the micro greens are too. 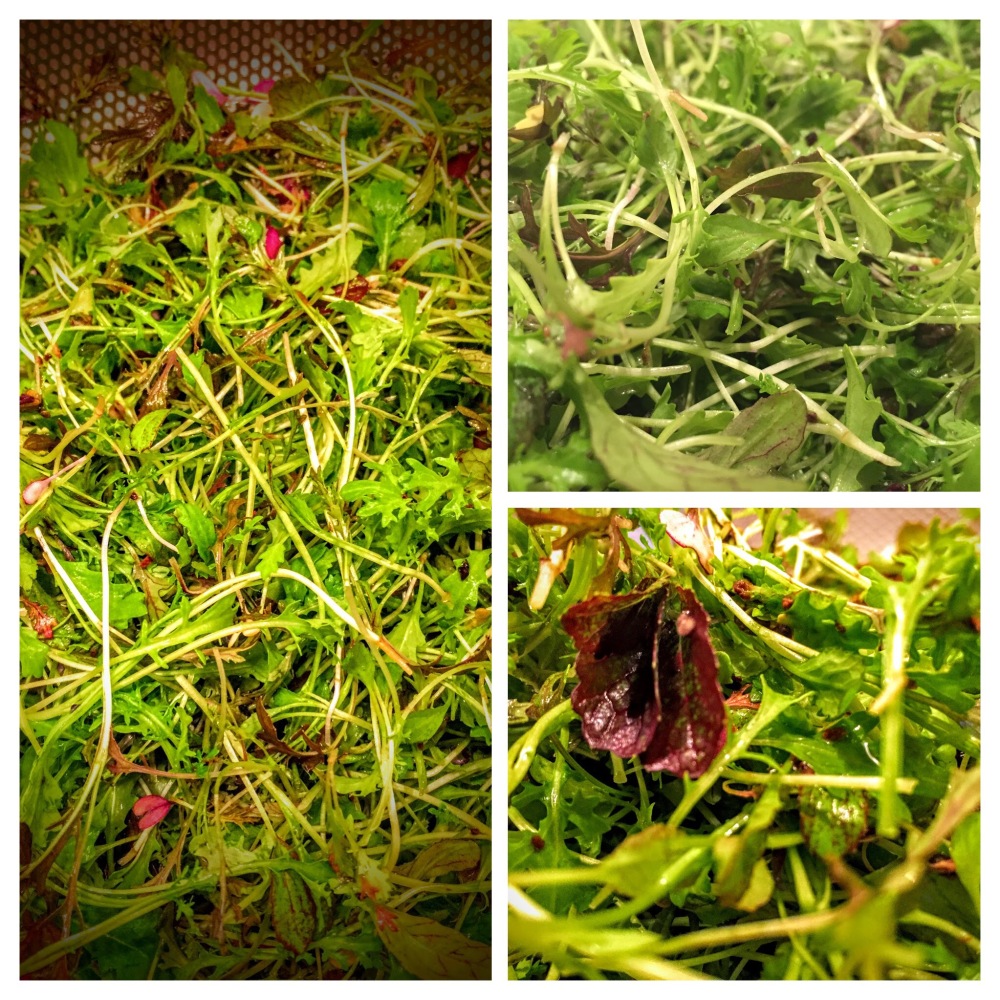 Yup, that’s the first harvest: one dense, delicious bounty of greens. Yeah, it’s not the most exciting harvest I’ve ever had, but, considering its before our last frost, I’m pumped. YA DAYUM RIGHT.

Anyhow, carrots are growing, onions are growing, but the one wild-card has been unsuccessful for far.  Asparagus. I’ve never grown it, haven’t done much research, but went ahead and seeded it nonetheless. This endeavor is an experiment at this point anyway.  I’ll keep updating this post as the season goes on, but for now, Gangsta out! 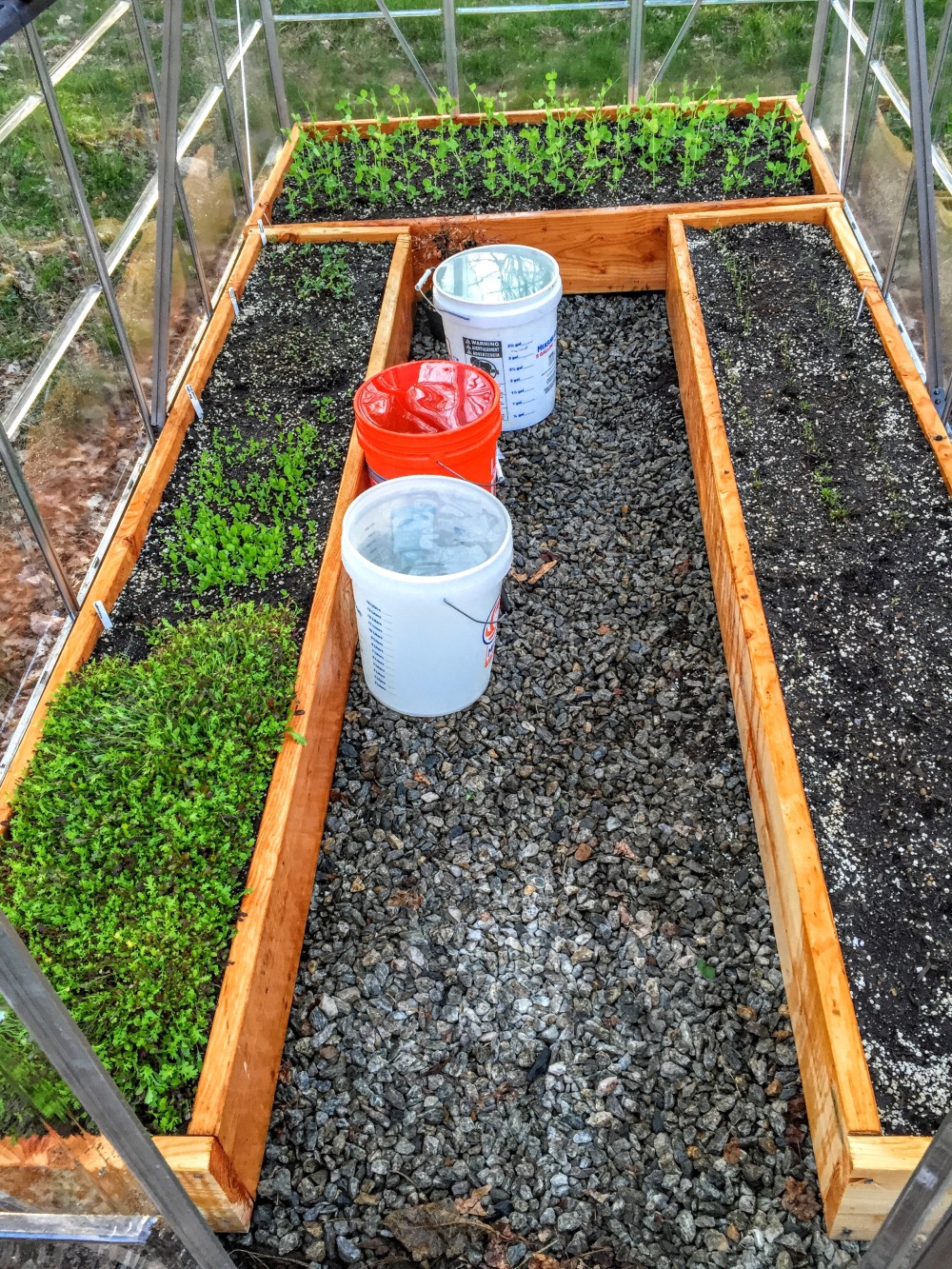