When I bought my house, there wasn’t much landscaping to speak of.  A concrete walkway, a few hostas, rhododendrons, and some other low-maintenance plants.  One of the first projects I completed was to dig up the concrete walkway and put a patio in its place.  In the process, I dug up and gave away nearly all of the plants in the area.  A few remained behind, and I’m glad they did. 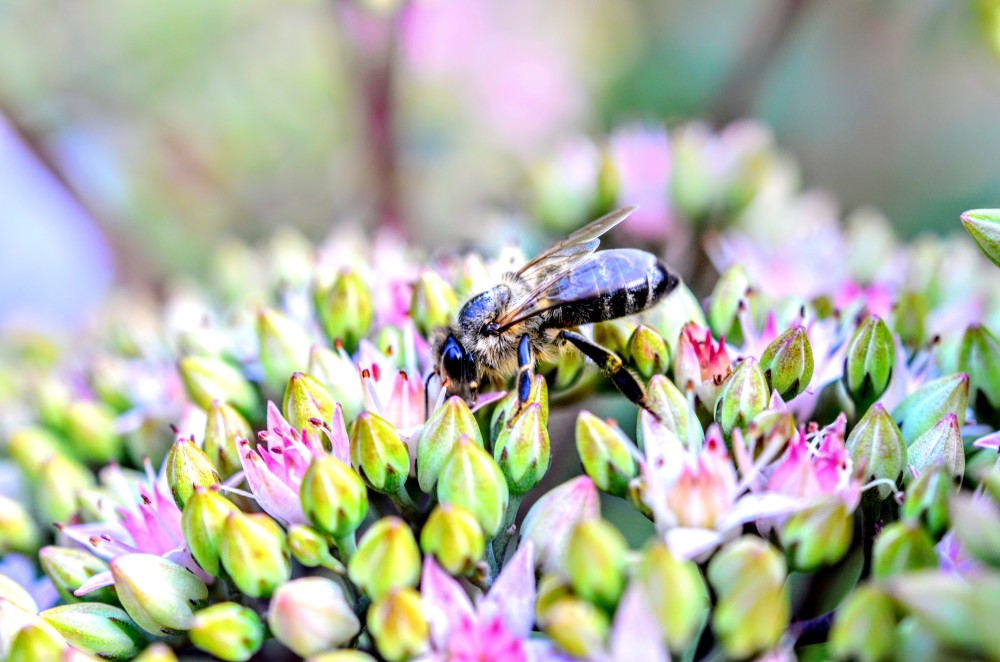 Two sedum varieties, Autumn Joy and Matrona, lived through the patio project.  As autumn approached, large heads of tiny florets emerged. In late august, they bloomed.  I didn’t think much of it.

Until I got honey bees.

The following fall, when nearly everything else had finished blooming for the year, the sedum went into full bloom and the plants dripped with bees.  Not just honey bees, but mason bees, bumble bees, and other insects I can’t begin to identify were all over the flowers. 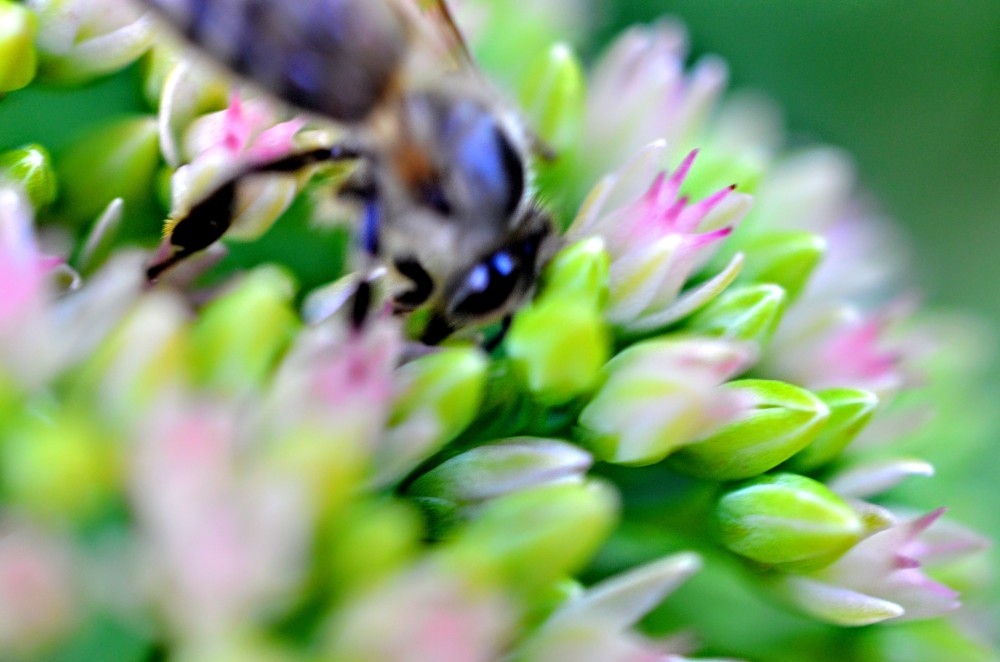 One of the best things about these sedums is that their stems are brittle.  Weird, right? Doesn’t sound like something you would want in plants.  But, when the stems break off, you should consider yourself lucky.  Take the stem, stuff it in he ground somewhere else.  It almost certainly will take root, and the following year you’ll have another nearly full size sedum.  They’re incredibly easy to propagate.  The three sedum I started with are now two dozen. 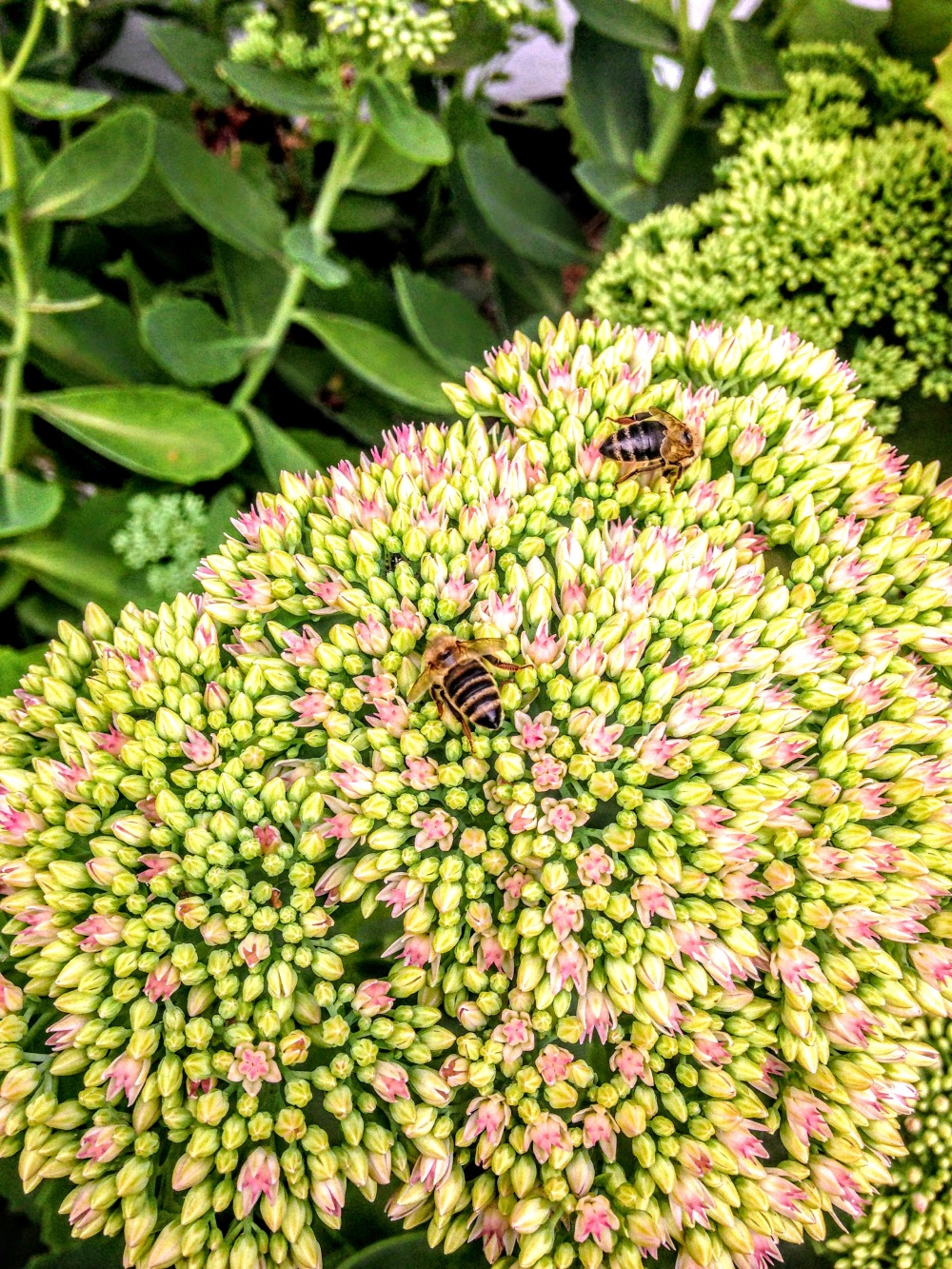